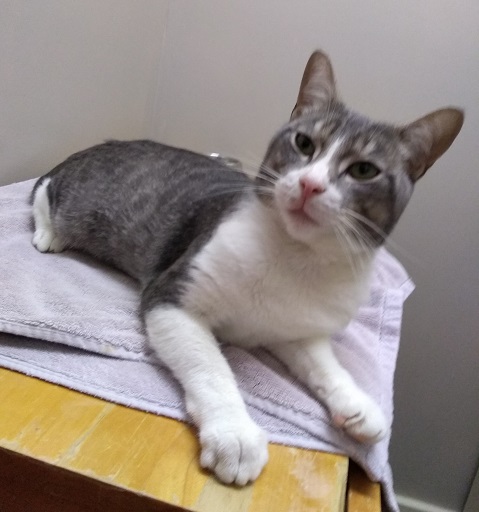 Caleb is a super friendly FeLV/FIV negative boy who would do well in just about any kind of home with the right introduction.  He was originally found as a stray and taken to Hamilton Animal Services.  Not surprisingly, he quickly became a staff favorite at the shelter so when Angie emailed that we had space in our adoption program they were thrilled.  He appears to be about 2 years old and is very easy going.  He had some wounds when he was first brought in to the clinic and he also has an eosinophilic granuloma complex or rodent ulcer on his lip.  While this sounds big and scary, thankfully it is responding well to glucocorticoid (steroid) treatment which is relatively inexpensive and easily hidden in Caleb’s canned food.  While he is content to play with his toys on his own he would really rather have a lap or some arms to snuggle up in. 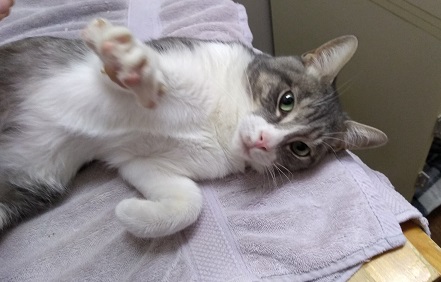 For more information on eosinophilic granuloma complex check out  https://icatcare.org/advice/cat-health/eosinophilic-granuloma-complex 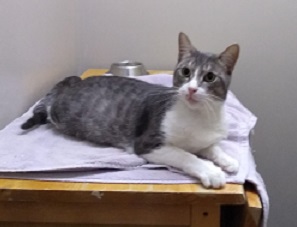