An inevitable part of owning a cat is dealing with hairballs on the floor, or more likely your nicest rug or furniture- or is it? Many cats produce hairballs on a regular basis, but how much is too much? 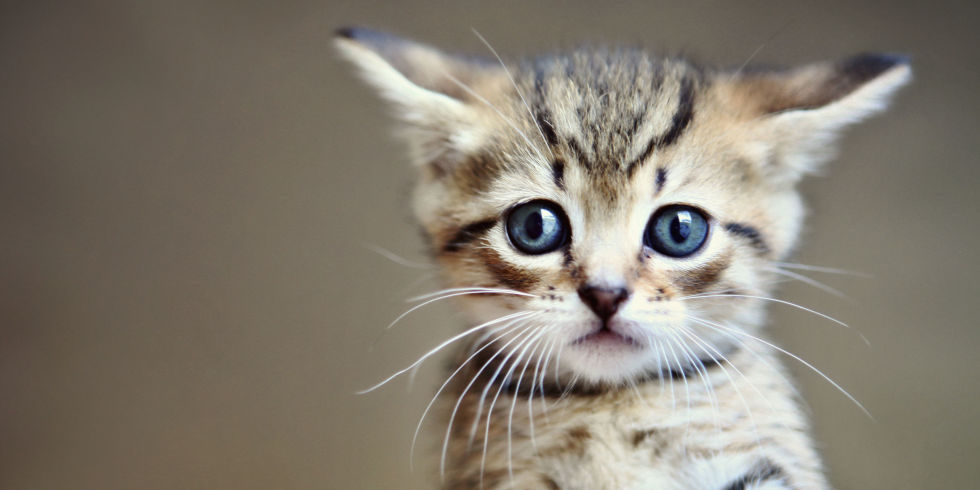 Hairballs,  (technically called “trichobezoars”) are conglomerations of hair, bile, and occasionally undigested food. They are usually tubular in shape and the same color as your cat’s hair, and may be anywhere from one to several inches long. Hairballs usually do not have the same odour as feces and their production may be preceded by a cat stretching out his/her neck and making a retching, gagging, or hacking sound. Cats may sometimes exhibit this behaviour several times before any material is produced.

It is important to differentiate hairballs from other types of vomiting.  Often a cat’s vomit will contain a small amount of hair, regardless of the underlying cause of the vomiting. The presence of hair does not mean a vomiting episode is a hairball. Cats may vomit for many reasons, including dietary sensitivities or allergies, in 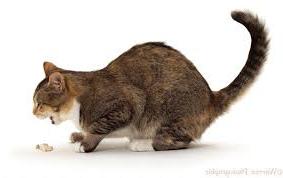 flammatory bowel disease, infections, cancers, or other concerns. Vomit that contains large amounts of food, foam, bile, or blood is abnormal and should not be confused for hairballs.

It is also important to recognize the difference between an unsuccessful attempt to produce a hairball and a true coughing episode. While the act of producing a hairball is often referred to as “coughing”, hairballs come from the digestive tract- the stomach and intestines. A true cough is produced from the lungs and may be caused by asthma, bronchitis, pneumonia, or other diseases.  It can be difficult even for experienced vets to distinguish coughing from hairball attempts in some situations. Videotaping episodes to you’re your vet during an exam can be very helpful.

As a general rule, a cat should produce a hairball approximately once a month. They may be slightly more frequent when cats are shedding, such as during season changed.  Many cats never (or only very rarely) produce a hairball, and this is not a cause for concern. Shorter haired (or hairless!) cats are at lower risk than longer haired individuals. Older cats generally have more hairballs than younger animals. 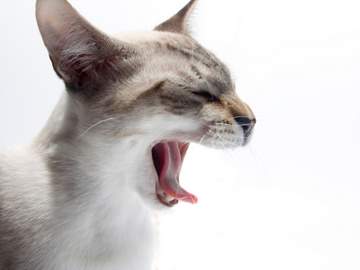 Hairballs in and of themselves are rarely a problem (except to cat owners who step in them). In care cases, however, they may migrate through the GI tract and lead to obstructions. Cats who retch repeatedly and unproductively, stop eating, and appear lethargic and painful in the abdomen should be seen by a veterinarian immediately.

Cats should never have hairballs on a daily or every other day basis. Cats vomiting this frequently should be worked up for underlying GI disease.  Cats with chronic hairball problems may be managed with a high fibre diet, petroleum based laxatives, and regular grooming.

If you have any questions about your cat’s hairball issues, contact the staff or veterinarians at the Village Cat Clinic, who would be happy to answer any of your questions.