This is the story about my cat named Freddie Mercury

One of our clients found him as a baby kitten on the sewer grates of their street; he was estimated to be about two days old when he came to us. He was so small we had to bottle feed him until he was old enough to eat on his own. 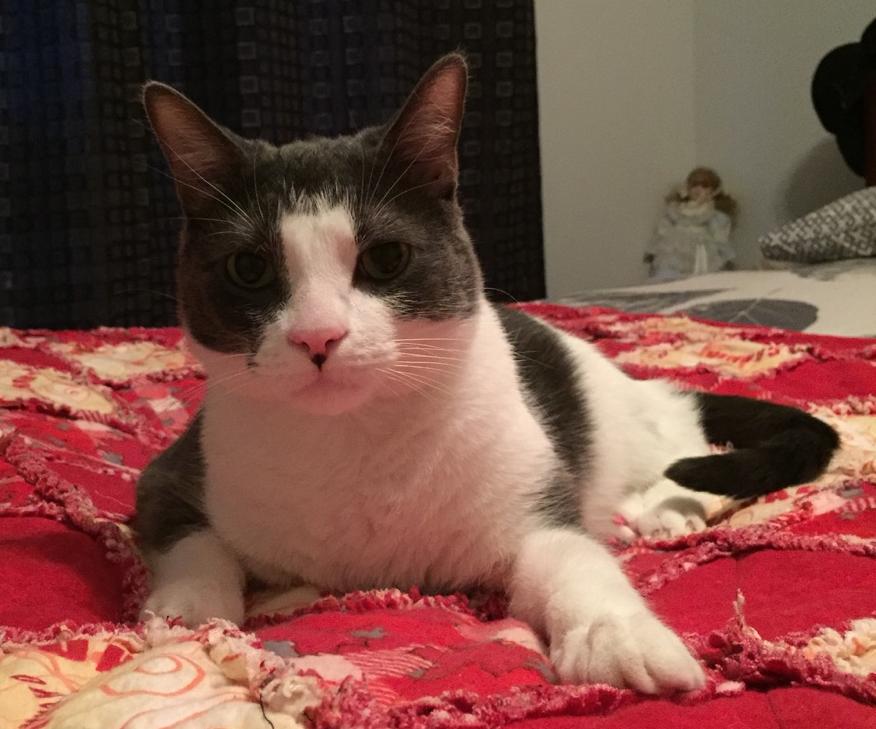 It was a Sunday morning and the symptoms he was presenting with were lethargy, not eating and vomiting clear foamy fluid. I brought him in to see Dr. Currie, and she asked for x-rays to be taken. There they were, clear as day, the objects he swallowed were the ends of the door stoppers. He ate door stoppers, vomited 5, and the rest were removed, as they were lodged in his intestines. 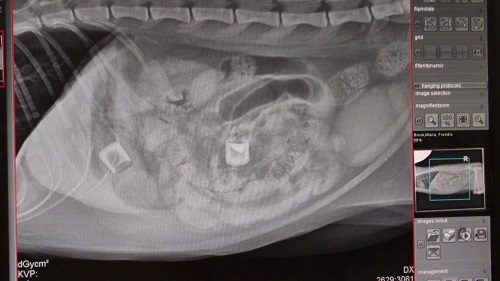 To prevent this from happening again, we had to “Freddie proof” the whole house a second time. Anything that could fit in his mouth has been put away, and we are careful to not leave little things lying around.

The good news, to this day Freddie is doing well, and hasn’t swallowed any more objects! Yay Freddie! Having said this, it’s a constant battle to keep Freddie safe.

Reminds of my cat, also named after Freddie Mercury, he gets into anything and everything.