We’d like to introduce our new little boy named Hemingway 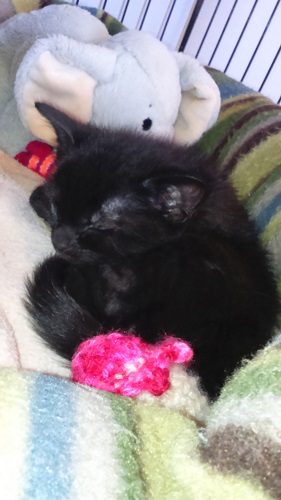 Hemi was an orphan polydactyl  kitten who found his way to Animal Services when he was only 2 weeks old.  They called and asked Angie if she had space for another one and since she was already bottle feeding little Chelsea she was happy to help out.  Our ultimate goal is to try and keep Hemi as a friend for our sister clinic's clinic cat Lance.  So far it’s going well but only time will tell.  If he decides being a clinic cat doesn’t suit him then we will find him a loving home.

A little history on his name.

Ernest Hemingway was celebrated in life as a great writer, lover, sportsman, and adventurer. He was an amazing man, with many talents and interests. He was also an unashamed cat-lover.

Hemingway acquired his first cat Snowball, from a ship's captain in Key West, Florida, where he made his home for a number of years.  Back at the turn of the century, sailors believed that six-toed cats were good luck, and they wanted them aboard their ships.

Today, approximately 60 cats, half of them polydactyl, make their home in the Ernest Hemingway Museum in Key West.  These now famous cats are protected by the terms of his will.  Today, the Hemingway House raises additional funds by selling Hemingway's books and memorabilia, doing tours and even providing the grounds for private weddings.

At least some of the cats on the property are descendants of Hemingway's first cat, and have been given fanciful names, as he once did, after movie stars and even characters in his book. The cats of the Hemingway Museum are so popular and so well-known, that the nickname "Hemingway Cats" has often been given to polydactyls. 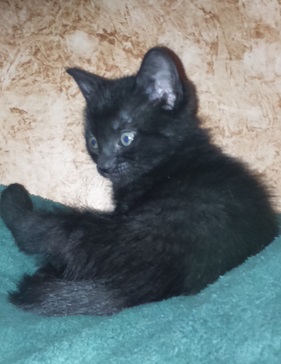 Rather than a breed, polydactyl is just a genetic trait, similar to the genetics for a cat to have the tabby pattern or be a certain color. Instead of the normal 18 toes (five on each front foot and four on the rear) found on most cats, polydactyls have six or more toes on the front feet, and sometimes an extra toe on the rear.  Although not approved as "purebreds," polydactyls are adored by their human companions.

Whatever you call them; these many-toed cats warm the hearts and hearths of those people fortunate to share a home with one.  “Hemi” has sure managed to worm his way into our hearts already.  Welcome to the family.